Tea Pods are for use in Single Serve Pod Brewers. Each tea pod makes one cup of tea.

Loose tea, tea bags, tea infusers, now tea pods? Preparing a pot of tea, or a cup of tea has certainly changed a lot over the years. While it was never terribly difficult, it has just gotten easier and faster with the advent of innovations. Tea preparation used to involve boiling water on the stove then steeping loose tea, straining, and serving. Then tea balls (infusers) were developed and straining became unnecessary but washing the tea infuser was necessary, when teabags became widely used washing a tea infuser became obsolete. Most recently, if someone wanted a cup of tea, a tea drinker could microwave a cup of water with a teabag, and in mere minutes have a steaming cup of tea. Now it has gotten even easier.

Tea pods have come into fashion with the development of single-serve coffee makers, such as the Senseo or Keurig. But why should coffee drinkers have all of the fun? Tea manufacturers have started to make and sell single-serve tea pods to be used with these machines. Tea pods are not as easy to find as single-serve coffee pods but they can be found and purchased with relative ease online. Many major retailers offer a selection of tea pods. Most often they are in blends and varieties that have mass appeal and are not made with gourmet quality tea. More and more tea packagers are embracing this preparation method and beginning to offer tea pods in their propriety blends. As single serve coffee makers become more commonplace and tea enjoys a resurgence in popularity, tea pods should become easier to find in a wider variety of tea blends. The traditional preparation method of stovetop boiled water and using loose tea will probably always be favored by traditionalists and purists as it allows the most flavor and aroma to develop. However, every second count’s tea pods may be the way to go. It seems that the tea-drinking segment of society seems to be moving away from microwave tea preparation and more towards traditional methods. Tea pods are anything but traditional- but they offer several advantages. They are faster, they are less labor-intensive, and they avoid the use of the microwave. 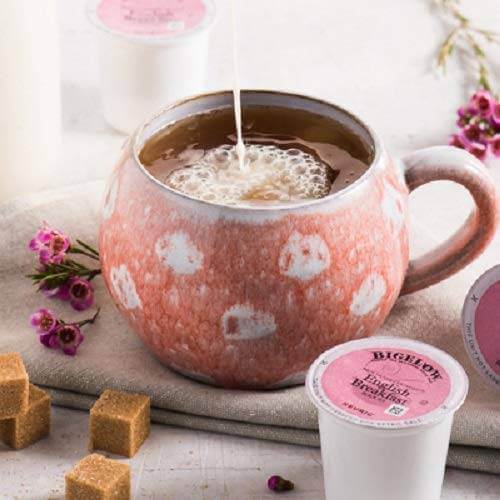 Recharge your mind and soul.