Oolong tea is another variety of Chinese tea that has health benefits. It is often known as “Wu long” tea which roughly translates to “Black Dragon Tea”. This type of tea is commonly served in Chinese restaurants. It, like other teas, comes from the Camellia sinensis plant and undergoes some of the same processing steps as does green tea. In addition to the processing green tea undergoes Oolong tea leaves are intentionally bruised by shaking them. While the leaves are drying the bruised edges turn slightly reddish and the surface of the leaves become slightly yellow as they ferment. After fermentation, the leaves are fired to create a semi-fermented tea. Chinese Oolong teas are fermented only long enough to produce a tea that is 12-20% fermented this creates the signature lighter flavor of Chinese Oolong Tea. The longer Taiwanese fermentation process produces an oolong 60%-70% that creates a stronger Oolong flavor.

In general 3 grams of tea are used to 200 mL of water. The water should be very hot but not boiling. The tea should be allowed to steep for 3- 10 minutes. High-quality oolong can be brewed several times from the same leaves and, unlike other teas, it improves with rebrewing: it is common to brew the same leaves three to five times, the third or fourth steeping usually is considered the best. Oolong tea, when brewed is dark in color but has a flavor closer to that of green tea without the grassy notes that are green tea’s signature. The brewing method can impact the caffeine content of oolong tea, however, Oolong generally does contain caffeine. The caffeine found in oolong tea is generally less than that in green tea or black tea, and certainly less than that found in coffee. The Chinese culture has long been aware of the health benefits associated with drinking oolong tea, however, they are still becoming known in the west. One benefit that has long has been associated with the tea is a reduction in blood cholesterol levels. It also can support healthy immune responses as well as healthy bone density. 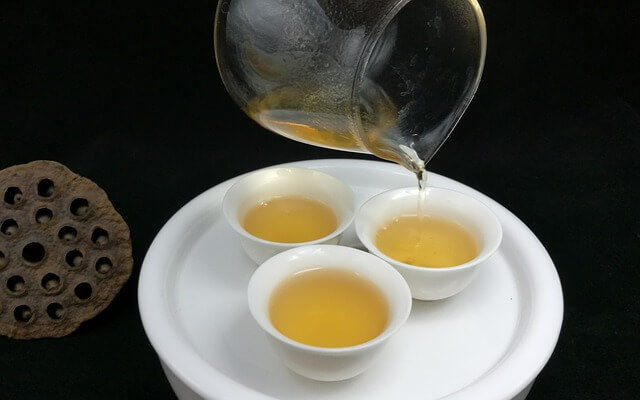 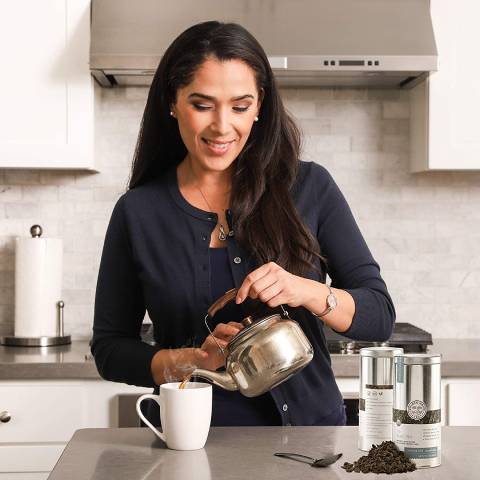 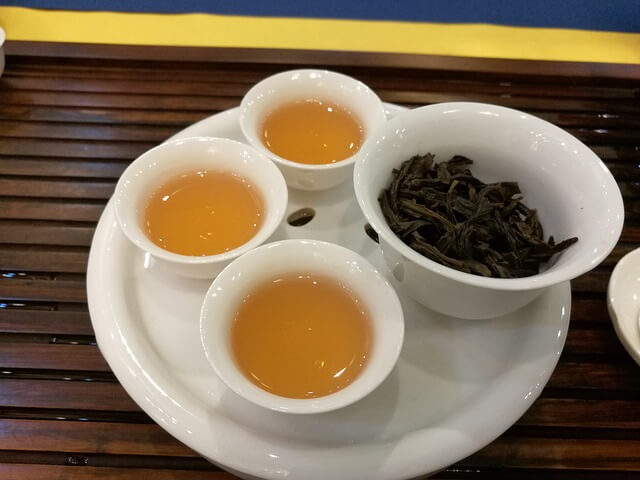