Chai tea has a pleasant warming feeling and scent, and many people find it very relaxing.

Chai is the word for tea in many parts of the world. Masala Chai is the Indian word that means spiced tea that is usually known as Chai. Chai is an ancient drink that has played an important role in cultural development. Indian Chai is a very delicious traditional beverage. Chai is traditionally made with a full-bodied black tea, milk (traditionally whole milk or milk with significant fat content is used.), spices, sugar- or some other sweeteners. The spices may vary based on region and many families have recipes that have been handed down for years. The most common spices used include cardamom, cinnamon, ginger, cloves, and pepper. Chai has a pleasant warming feeling and scent and naturally helps with digestion. Many people find it very relaxing. Sugar is usually the sweetener of choice, but sometimes brown sugar, honey, palm sugar, coconut sugar, or honey is used depending on the region and what is available at the time. Some people prefer unsweetened chai but the majority of people believe that the sweetness enhances the flavor of the spices.

Traditionally Chai is served hot but iced versions are common in the US. Traditional preparation methods vary a bit depending on region, and traditions. The method involves boiling or simmering loose tea, water, milk, spices, and sweeteners then straining the solids before serving. Some recipes call for allowing the mixture to simmer for some time before serving others serve immediately. Chai does contain caffeine though compared to coffee it is not a lot. Usually, chai, when made with a black tea base has about 1/3 the caffeine content of coffee. Because chai has countless variations it is often considered a class of tea instead of a kind of preparation. As chai has become more widespread, there have been several shortcuts and chai concentrates released on the market that eliminates the need for adding spices and straining Chai tea bags can often be found in stores, they usually instruct the user to allow them to steep for several more minutes than regular tea, and contain ground spices that do not lend the full flavor found in traditional chai. Additionally, chai that is manufactured for the American palate features cinnamon as the primary spice, Indian or traditional chai has a much more complex flavor with greater depth. Making traditional chai can take more time than tossing a tea bag in a cup but the flavor is worth every second of effort. 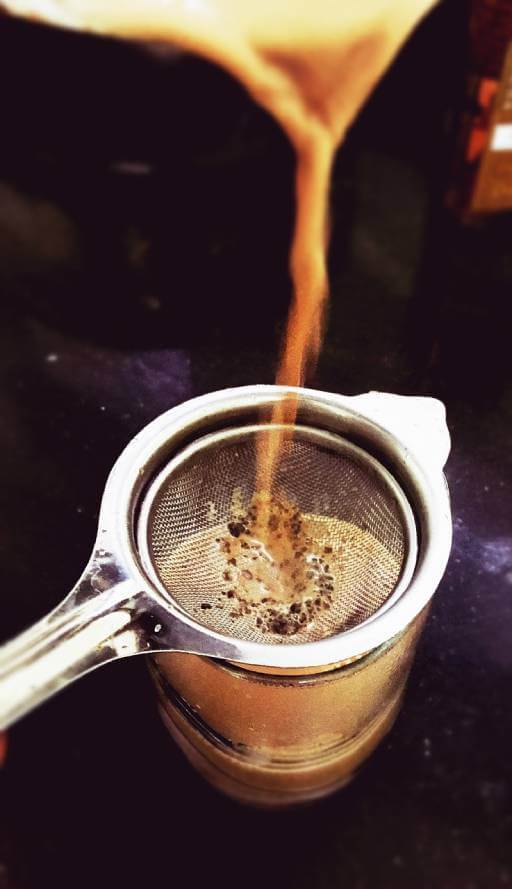 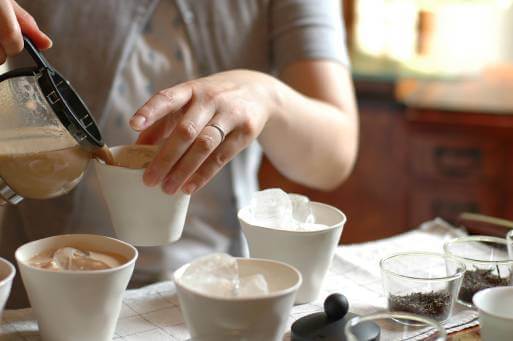 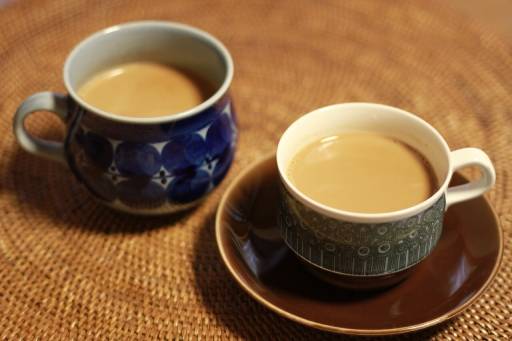